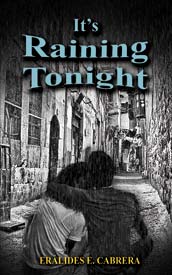 "It's Raining Tonight" talks about hope, hope for those who face prejudice and hate.


Eralides E. Cabrera is an attorney in the states of New Jersey and Florida. He has published numerous novels about romance and drama. 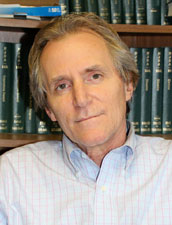 With a passion for writing fiction novels as well as romantic, Eralides E. Cabrera is driven by great imagination and inspiration, which allowed him to be the author of twelve books, his latest fiction novel, being "Brandy", which will be on sale in the coming weeks.

His brilliant inspiration allows him to write from very young, but it is 15 years ago when his works began being published and accepted by the media, especially the romantic novel written in Spanish, "Cuando Llego Septiembre", set in Cuba circa 1954, being one of his best-selling books.

At the tender age of 13 years he left his native Camaguey to migrate to Spain. Helped by the Church of that country, he traveled to Miami (Florida), eventually settling in Perth Amboy where he has lived for four decades.

Cabrera attended Rutgers University and attained his bachelor's degree in 1980. He also earned his master's degree from Fordham University before moving on to Brooklyn Law School where he graduated in 1986. He later joined the U.S. Navy. While in the military, he developed his skill for writing, publishing a series of articles in various weekly publications and advanced through the ranks until 1990 when he left the armed forces as a Lieutenant in the Judge Advocate Corps.

Cabrera encourages young people to pick up reading as part of their development and personal progress in this modern world where cyberspace despite the development must not be forgotten the good reading exercise.